The west coast of the US is famous for producing several very colorful subspecies of Thamnophis sirtalis like concinnus, infernalis and tetrataenia.

Thamnophis sirtalis pickeringii has been standing in the shadow of these 3 sibling-subspecies for many years as a dark, mostly black garter snakes with 3 slightly yellowish irregular longitudinal stripes and some red on the sides.

This changed quit dramatically around 2005 once it became known that specimens or even entire populations of this subspecies existed that had striking blue stripes. Since that moment the blue morph of the “Puget Sound” Garter Snake with its striking pattern of deep black with beautiful blue was high on the list of many garter snake enthusiasts.

Record size for Thamnophis sirtalis as a species is 137,2 cm (ROSSMAN ET ALL., 1996) but this length is very exceptional.

Adult males are typically approximately 70 – 80 cm long and they are relatively slender build.

Females become much larger and heavier and a normal length for adult females is 80 – 100 cm. 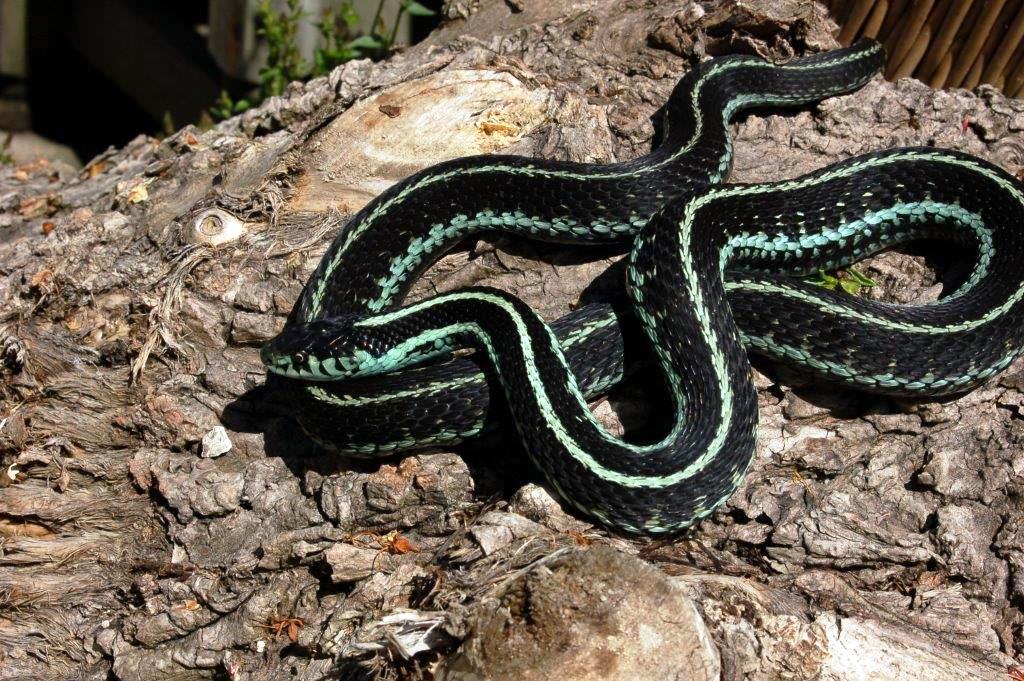 Puget Sound Garter Snakes are predominantly deep black with 3 blue or bluish stripes.
Especially the vertebral stripe can be very narrow, only on the central scale row giving it a wavy appearance.
But it can also involve half of the adjacent scales which gives the stripes a very straight appearance.

Above the lateral stripe small whitish or bluish spots can be visible in some snakes, but they can be absent in others.

The supralabial scales can also have this blue or bluish white tone. The belly can be light colored, or almost completely black. But of course there is a lot of variation both in color and pattern.
Even in the “blue morphs” the color of blue varies from quite deep blue, to whitish blue or more greenish or yellowish blue.

The light bluish or bluish white spots on the side can sometimes be red and there are also many specimens of this subspecies that are not blue at all and have 3 yellow stripes and red spots on the sides.

Puget Sound Garter Snakes do well in a warm and dry terrarium with a relatively small water bowl.
For a couple minimum size of the terrarium could be 80 x 50 x 50 cm, but 150 x 50 x 50 cm gives them more space and more variation in temperature.
Give them during daytime a local spot of up to 32 – 34 °C, and not more then 25 – 28 °C in the cooler corner. Night temperatures, especially in spring and fall, may drop considerably (as low as 10 °C or even lower), this is no problem.

They do not need a lot water to do well in captivity. The adults snakes are almost always well visible and basking on branches on the warmest spot in the terrarium.

Since the Puget Sound Garter Snakes come from an area with relatively long and cool winters but also foggy periods in spring and fall they are very suitable for an outdoor terrarium in the Netherlands.

Although the Dutch climate (and especially spring and fall) may be a bit too wet, cool and without sunlight for them.
I have kept the regular yellow and red morph successfully in my outdoor terrarium for many years.

They are easy feeders. I give them predominantly fish (smelt), although some specimens can be picky and refuse to eat fish. Worms and amphibians are likely their more natural diet, so the ones that refuse fish are offered worms mixed with pinkies.

Especially the babies can be started on chopped up worms mixed with pinkies or on live feeder guppies.
I hibernate both my adult and baby T. s. pickeringii at 0 – 7 ºC in the refrigerator or cold shed; 2 months for the babies and up to 3 – 4 month for the adults.

The Puget Sound Garter Snake occurs at the west coast of the North American continent from Northwestern Washington (US) towards the coastal range of Southwestern British Columbia (CA) including Vancouver Island.
In BC I have personally observed T .s. pickeringii in different habitats. All had a variable amounts of red and the stripes were yellow in all of them.

One of the habitats were I found them were coastal dunes with a sandy soil and swampy fresh water areas south of Vancouver.
Here they shared the habitat with T. ordinoides and T. elegans vagrans. They occurred at app. 50 – 100 meters from the pacific ocean. 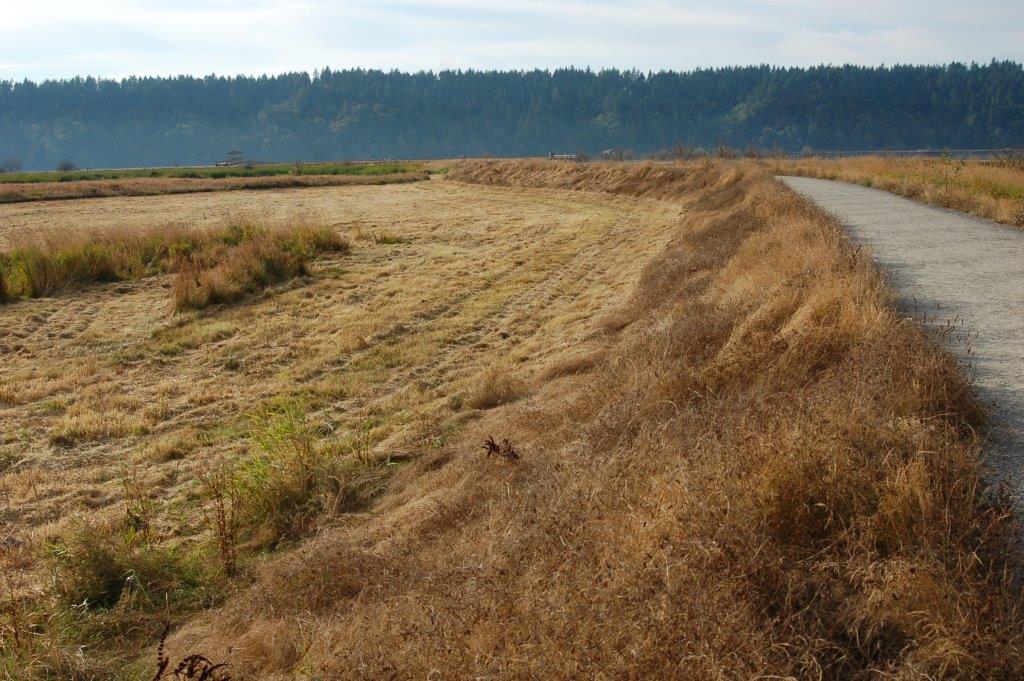 Another habitat in BC was also in a lowland area in a river delta where there was an open grassy area in a forest close to a small creek.
Here they shared the habitat with T. ordinoides.

The blue morphs I have personally only observed in the Puget Sound area in Washington, USA. Here they were found in a open grassy river delta close to the ocean.

It was mid September and I could probably find them in relatively high numbers since they were concentrated near hibernation sites.

All the T. s. pickeringii I saw were typical blue morphs, and several of the T. ordinoides resembled the blue morph pickeringii a lot.
They were basking on a little dyke, and swampy areas were close by.

Another habitat were I found blue morph T. s. pickeringii, T. ordinoides and T. e. vagrans was several miles from the ocean in an open grassy spot in a forest with a small creek (which had dried up) with small frogs also in mid September.
Here they were found on the drier sunexposed areas where they could bask.
This population was more sea green then really blue, but none had any red spots.

The guidelines for captive maintenance for T.a.atratus (Bol, 2007) also apply in general for T.s.pickeringii.

A big difference is the long hibernation of the much further north living Puget Sound Garter Snake. T.s.pickeringii is adapted to long and wet winters like in Holland.

My breeding group consists of (offspring of ) four completely unrelated wild caught specimens. They are all typical blue morphs.
They are unrelated to most of the breeding groups of other European (mostly German and Dutch) Garter Snake enthusiasts.