Thamnophis ordinoides is a relatively small species of garter snake. It is still quite rare in captivity but more and more people are keeping them.
And that is for a good reason.
It’s a very attractive and highly variable species.
In this regard it gives Thamnophis sirtalis sirtalis, another king in variability, good competition.

Length and size of Thamnophis ordinoides

The Northwestern Garter Snake belongs to the smaller species of garter snakes. The average length is only 35-50 cm.

For female T. ordinoides the maximum size ever recorded is 96,5 cm total length, but this is exceptionally large.
My largest female is currently 8 years old and 82 cm long.

My largest male has a total length of 65 cm, at an estimated age (wild caught) of 13 years.

Minimum size recorded for a pregnant female in the wild is 35 cm total length (Rossman, Ford & Siegel, 1996). I must say however that I have never bred with such a small female. 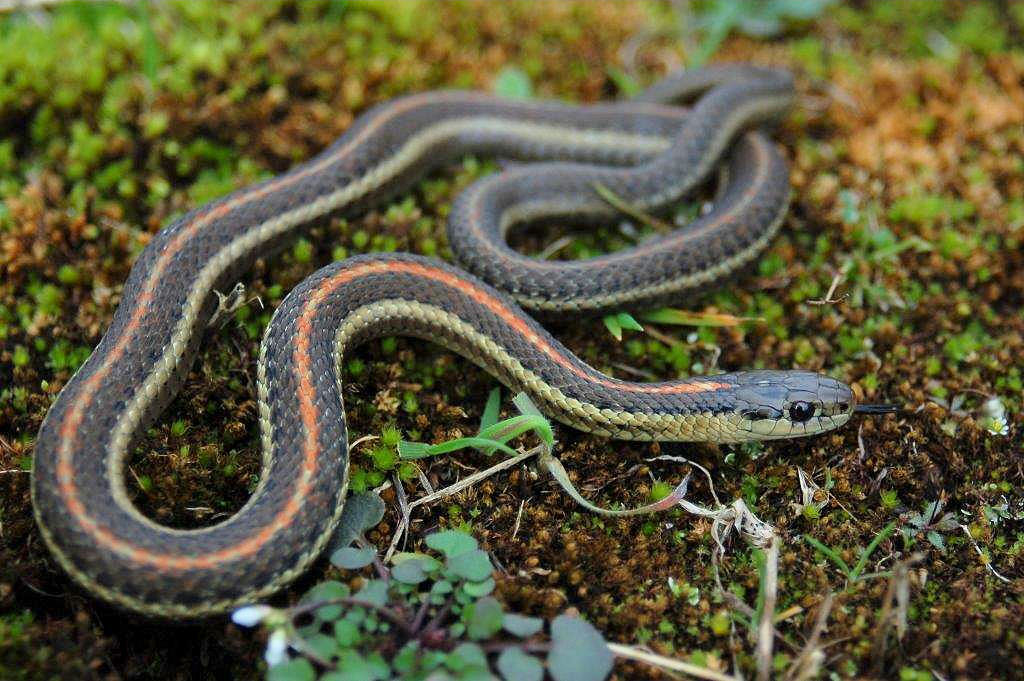 T.ordinoides(adult female; three stripe morph with orange vertebral stripe) in the wild in the coastal dunes close to Vancouver, Canada

Thamnophis ordinoides is highly variable.
They can have 3 dorsal stripes, but some snakes only have one or even none.

Dorsal color can vary from dark brown to almost black, but it can also be pale grayish or greenish.
And probably many more colors, even bluish or red.

The coloration of the vertebral stripe is also highly variable. They can be yellow or white, but also with some orange brown colors and there are even snakes (though this is quite rare) that have bright red vertebral stripes.

In some areas snakes occur that even have a bluish vertebral stripe, some resembling Thamnophis sirtalis pickeringii “blue morph”.

The lateral stripes (if present) seem to vary less, and they are usually whitish or yellowish. But in Washington for instance I found specimens with a reddish vertebral stripe and bluish lateral stripes.
Melanistic specimens also have been found. They may have some spots between the stripes, and some specimens have a strong spotted pattern.

As I said in my general, they are a true champions in color pattern variability. One thing that is typical for T.ordinoides, although it is not always present, is a “small” elongated black spots/stripe on the head. It starts behind the eye plus the postoculair scales and goes towards the neck above the supralabial scales. Mostly on the anterior temporal scale.

The venter can range from yellow to brown or grey, sometimes with black or red markings.

This diurnal snake is often clearly visible in the terrarium, as long as it is not too hot. They will spend a lot of time basking below the lamp, on a branch or on the ground. Unlike most of my garter snakes the Northwestern Garter Snakes really seems to do well when they are provided with the possibility to hide in a thicker layer of (locally light humid) soil.

“Cocopeat” seems to be very suitable for this, and that is what I am currently am using.

Although I also kept them successfully completely dry on woodchips.

In the wild they feed mostly on worms and slugs. Some populations are known to feed also on amphibians, and there is even a population that really hunts in the water on tadpoles. But that is unusual and normally they are not dependent on open water.

I give my adult Thamnophis ordinoides mostly thawed fish (smelt) supplemented with vitamin B1. Every now and then I feed them with worms (to which I sometimes add some “pinkies”) or slugs. The newborn babies I give a mixture of worms and small pieces of fish. Once they accept that readily I bring down the amount of worms.

Sometimes babies are a bit more difficult to get started with feeding, and then slugs from the garden are offered. They really like them.

When Northwestern Garter Snake are fed exclusively with worms it is very important to add extra calcium to the worms.

Distribution and habitat of Thamnophis ordinoides 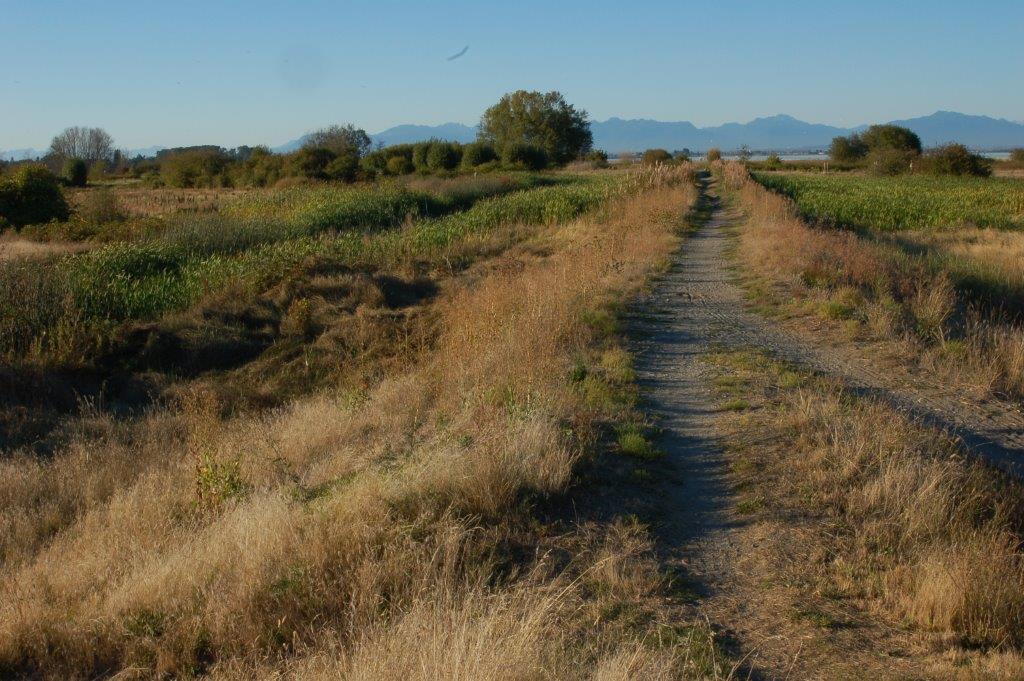 The Northwestern Garter Snake occurs in a relatively small area along the Pacific Coast (Pacifische Ocean) in northwestern USA (hence the common name) from the extreme northern tip of California into Oregon and Washington.
Then northward into British Columbia (Canada) including Vancouver Island.

They occur from sea level up to 1370 meters high in the mountains.

This area is known for its rainy and foggy conditions and the Northwestern Garter Snake apparently has adapted to these conditions very well.

I have observed Northwestern Garter Snakes in Oregon, Washington and BC. In Coastal dunes, in the mountains, in river delta’s.

Most habitats consist of more open areas, sometimes close to thickets. They were sometimes found by turning objects like boards or pieces of metal.
But during cooler periods of the year (or day) they come out to bask.

My article on Thamnophis atratus atratus (the Santa Cruz Garter Snake) that can be found online on this website can serve as a rough guideline how to keep and breed Thamnophis ordinoides as well. But there are distinct differences with T. a. atratus: T. ordinoides is way better adapted to long periods of cold and especially wet winter and spring weather. Because of that hibernation can last considerably longer in T. ordinoides.

A thicker soil layer consisting of “cocopeat” that locally can be moist seems to be better suitable. Also the strong preference for worms and slugs should not be forgotten.

My breeding group consists of (offspring of) 7 unrelated wild caught snakes. This gives me the opportunity to breed snakes from unrelated parents in order to minimize the chance of inbreeding.