It is a beautifull species with a very unique and inconspicous coloration and pattern.

It usually is quite visible in its terrarium, relatively easy to keep and generally very docile.

Virtually nothing is known about the ecology of this montane mexican species.

It was named after the late famous herpetologist Roger Conant who wrote many publications about several of the mexican species of Garter Snakes and Water Snakes.

Length and size of Thamnophis conanti

Thamnophis conanti can be considered a small species.

Rossman, Ford & Siegel (1996) mention a SVL of 52,0 cm as maximum reported size for the T. godmani complex (the species has been split after this book was published). So my 50,5 cm SVL female is close to the maximum size reported in literature.

They are definitely not a slender build species.

I would rather call them relatively stout bodied.

Dorsal coloration of Thamnophis conanti is best described as olivegreen or light brown.

The dorsal stripe is best described as light tan and well defined. It occupies a single scale row, and sometimes part of the adjacent row.

The lateral stripes are of the same coloration but less defined. A double row of dark spots is usually mostly visible in the neck, and those spots can sometimes form small bars that cross the lateral stripe.

On the skin between the scales their are bright white and yellow spots, which are predominantly visible after feeding or when the snakes are pregnant or inflate when they feel threatened.

The top of the head is unpatterned and the nuchal blotches are predominantly brown with a black border.

The tongue is uniformly black.

Thamnophis conanti is a diurnal snake and often clearly visible in the terrarium, as long as it is not too hot. They will spend a lot of time basking below the lamp, on a branch or on the ground. This despite the fact that in the wild they do not show themselves so much in the open, at least that is my personal experience. Of course this (how much they show themselves in the terrarium) will depend a lot on how the terrarium is set up. A well ventilated cage with a good temperature gradient is important. I have a part of the terrarium with (light moist) cocopeat, the drier part under the lamp with woodchips.

So it is important not to keep them in a completely dry terrarium, similar to Thamnophis butleri.

It is not eaxctly known what they feed on in the wild. Rossman, Ford & Siegel (1996) mention a mouse as food item.

I give my adult Thamnophis conanti mostly pinkies, chopped up worms and thawed fish (smelt) supplemented with vitamin B1. But they seem to be most fond of pinkies and worms. Smelt is only occasionally taken. So far I am giving the newborn babies a mixture of worms, pinkie-parts and small pieces of fish. I always ad extra calcium to the worms, and supplement any smelt with Vitamin B1.

To mimic natural circumstances on the high elevations where they occur I have kept them in my unheated shed in the winter for 6 – 8 weeks. Night temperatures dropped to 4 – 10 ⁰C at night, but a basking area provided them to bask for a few hours during daytime at maximum (local) temperatures of 30 ⁰C. But on cold days they were often hiding, sometimes for days in a row.As a minimum size for the terrarium with 1 adult couple I recommend 70 x 40 x 40 cm. 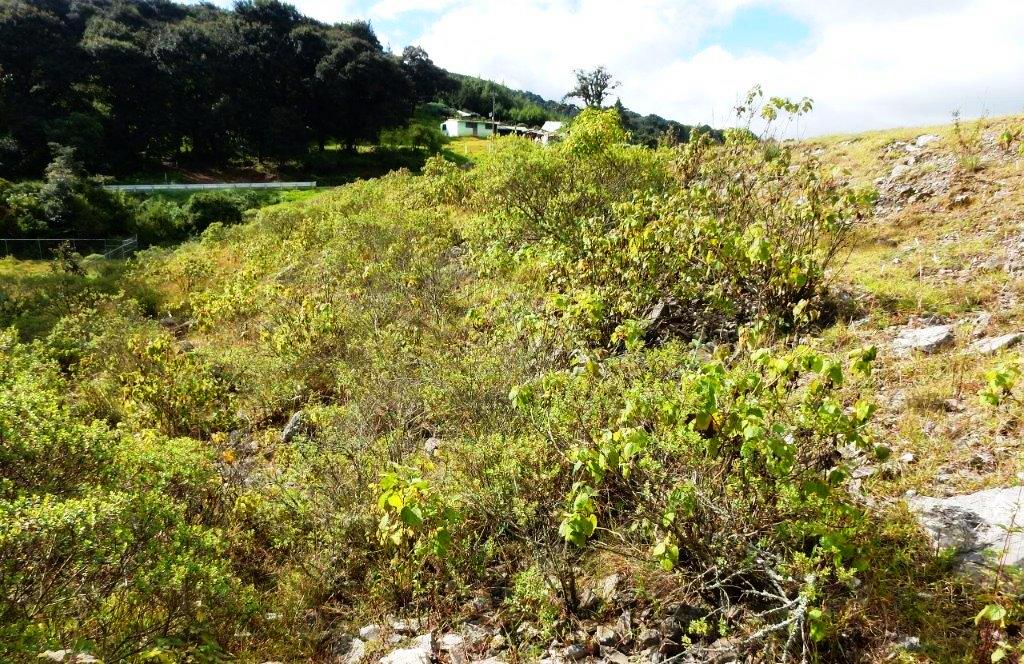 Thamnophis conanti is only known from a relatively small area from the mountainous area (part of the vulcanic belt in central Mexico) along the stateline between Veracruz and Puebla, occuring at high elevations of approximately 2000 – 2300 meter.

The habitat is relatively moist since the humid air from the gulf of Mexico is pushed higher and higher in order to cross the high mountain ranges. So despite the southern latitude you can have rainy or foggy days of only 12 ⁰C sometimes in the middle of summer.

On most of the places a small pond or a dried up river bed was close by. I found them by turning rocks or debris in grassy, sunexposed areas at altitudes of 2180 – 2500 meters.

I have not found them at the borders of pools or rivers or swimming but in Rossman, Ford and Siegel (1996) this is mentioned.

My article on Thamnophis atratus atratus (The Santa Cruz Garter Snake) that can be found online on this website can serve as a rough guideline how to keep and breed Thamnophis conanti as well.

But I intend to write more about this species soon.

Obviously there are differences with T. atratus. A true hibernation is not necessary probably, but creating low night temperatures mimic s normal winter circumstances.
Their preference for pinkies and worms needs to be considered.

My breeding group consists of 6 unrelated wild caught snakes.
This gives me the opportunity to breed snakes from unrelated parents in order to minimize the change of inbreeding.