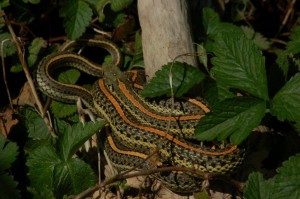 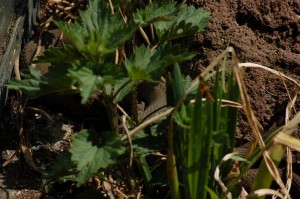 April 30th started cloudy and it was not until noon that the sun started to shine (not very bright). Temperatures were so low that only the male pickeringii with its full stomach had to bask. 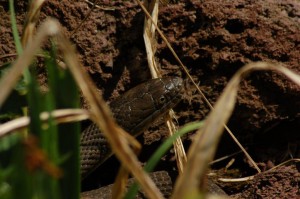